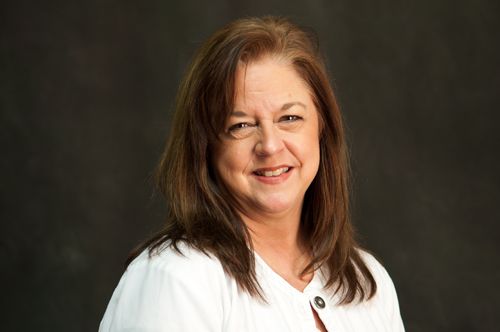 Tell us a bit about yourself.

I’m originally from Maine. My main thing is to treat people the way you want to be treated – especially because I have elderly parents. My mom died five years ago, and I moved to take care of my step-dad. My stepdad is my dad. I got to see him at the nursing home yesterday, so it was nice to spend time together. The nursing homes aren’t allowing face-to-face contact, but the one he’s at – they’ve set up a booth outside with thick plastic around the top. The family stands on one side and the attendants wheel him up. At first, we could go to the window in his room and we’d speak on the phone and see him through the window. On Labor Day, my oldest and middle son and their families went to see PaPaw at the nursing home, they wheeled him to a long glass door so we could see him. He finally got to see his two new grandbabies. He’s always been “pah-paw” to us ‘cause the boys grew up calling him that and it kind of stuck. Pah-Paw is 86 now. He actually got COVID while in the nursing home and was in the hospital for three weeks. A former Affinity doctor, Dr. Gujjula called me about him, and I was like “Oh, thank God... somebody that I know and trust.” I credit Dr. Gujjula for pulling him through that tough period. He never had to go on the ventilator, and that was due to Dr. Gujjula’s knowledge – instead , he kept bumping the oxygen down. It was a really scary time, though – you can’t go see your loved one, you can’t talk on the phone. There’s nothing you can do while your loved one is really sick.

Tell us more about your family.

I have three boys. They all took after my stepdad and joined the military – PaPaw was in the US Air Force. My oldest son, Daniel, decided to join the USAF, too. He was in for nine years, mostly stationed in Phoenix. We tried to go visit him as often as we could. My middle and youngest son, Jeffrey and Joey, were in the National Guard. Jeffrey was in for six years. I was surprised when my youngest joined ‘cause he was the type that didn’t even like to spend the night away from home. But Joey’s actually made a career out of it because he’s now a recruiter for the army. He was the only one deployed overseas, also – in Kuwait during the war. As a mom, I was scared the whole time when he was over there; I’ve had friends who have lost children. Luckily, my Joey was in the engineering wing and involved with building roads and other things, rather than in active combat. He’s now stationed in West Virginia. My two oldest kids have since moved back to Louisiana and have started families of their own.

What was your childhood like coming from a military family?

We were uprooted a lot. We moved from Maine to Guam when my mom married my step-dad. I was excited to move, Guam is a beautiful island in the Pacific. It’s mostly military, but there are a few native Guamanians on the island as well. You could take a drive around the island and be back by early afternoon. Once, we went swimming on Christmas Day. It was a culture shock, but we were very fortunate to get him as a step-father. As a military brat, people were always coming and going in and out of our lives. We’d be sad about friends leaving only long enough for new ones to enter our lives.

In Guam, we started going to church for the first time. Our lives totally changed for the better. After Guam, we moved to Oklahoma, where my step-dad was stationed for eighteen months. I loved it there – I had a lot of friends and went to a small school. I hated to leave, but my dad always wanted to move back to West Monroe, and would tell my mom, “When I retire, I want to move back to Louisiana.” So we ended up here. Louisiana was a bit of a culture shock, too – it’s very different here. But I guess I fit in here, because when I tell people where I’m from, they often don’t believe me, because Yankee people are not known for being warm and fuzzy and sociable, and I am. People here are really nice.

Back in Maine, I don’t remember there being any racial tension. When I got to West Monroe, I vividly remember one time I was walking down the hall at WMHS and a boy went, “Don’t go down there, the blacks are in the hall burning the rebel flag.” And I thought, Now why would they do that? I had no clue about any of this stuff. We weren’t raised that way, and in the military, there’s a sense of camaraderie and everyone is friends with everyone. My husband and I tried hard not to instill racism in our boys.

What is on your mind these days?

Unfortunately, I haven’t been back to visit family in Maine in several years. Being away that long, everyone becomes like a long-lost uncle or long-lost cousin. That’s maybe why Labor Day was so special to me, it was the first time my family had been all together for a long time. Who knows how long it will be until everyone is together like that again?

Vantage Health Plan and Affinity Health Group employees are truly amazing people, so we have...

Megan Wilkins: A Life on Stage